The decision of which PCB CAD program to buy is huge anytime a professional design is undertaken. With every hour of CAD design spent in the tool, and with each board released to production, it gets harder to change programs. While most small companies don’t have a need for all of the features provided in high-end tools like Altium Designer, the natural state of most entrepreneurs is first and foremost ‘optimistic.’ Surely their company will one day need the most advanced tools, so does it make sense to be ready for future growth by getting the best tool today? Usually, the answer is, ‘Not at that price; we need to keep the lights on!’

For those companies that want to serve their simple needs of today while making the upgrade path to advanced tools easy, Altium designed Circuit Studio (CS) files to be imported in Altium Designer (AD). There is also a way to take an AD design and open it in CS. And the schematic and PCB libraries created in either program can be opened natively by the other!

This tutorial will review how to:

The most common concern is getting stranded in CS once the needs of the company drive them to AD. Altium supports simply opening the Circuit Studio schematic file in Altium Designer, however the PCB file must be imported.

To import a Circuit Studio PCB file into Altium Designer:

I ran through a simple example of how to follow the steps above in the video:

Since AD is found across many companies, it is likely that a CS user would need to be able to open some AD files when collaborating with others. CS does not support importing the latest AD PCB files; however the AD user can save the PCB as AD v5 files, and send it to the CS user to import.

Here is how to import an Altium Designer project into Circuit Studio:

As you can see from the video tutorial below, the 3D components didn’t come in properly and showed up as simple extruded blocks. I contacted support about it and they expect to release a fix for it on the next revision.

For both CS->AD and AD->CS imports, it’s important to note that the project preferences are saved in the project file which doesn’t get imported from one program to the other. Those settings will need to be verified manually, so be sure to include that in the review of any import.

Of course half of the effort in changing from one CAD tool to another is possibly walking away from a component library that is tried-and-true.  Heaven forbid an engineer imports a library that introduces undetected errors in translation! This is one place that sticking within the Altium ecosystem has huge benefits. The libraries don’t need to run through an export/import cycle. To use an Altium Designer library in Circuit studio or to use a Circuit Studio library in Altium designer, simply add the existing library in the software package of choice! 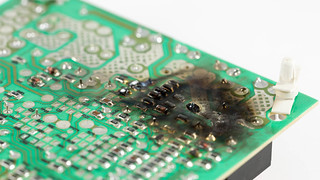 Even with the tests I ran for this article and Altium’s official backing on using libraries between packages, I think it is best to check each and every component for accuracy. It is easiest to check all of the components in a batch and order a dummy PCB to be sure everything turned out well. Being able to move forward with a baseline level of confidence can save some sleepless nights!

While the research for this article has not run a complicated 16 layer design through the importer in pursuit of a production-ready design, it does show that staying in the Altium ecosystem allows for native opening of different files, and when an importer is used it is easy and effective. A company could buy into Circuit Studio and enjoy an upgrade path to Altium that remains ‘in the family.’ But no importer is deserving of blind faith – don’t forget to check the design before cutting a PCB!