Re-imagining the world with IoT

We at element14 recently asked people around the world how they felt about the Internet of Things (IoT). We then analyzed over 3,500 responses-- responses which revealed an interesting mosaic of how attitudes and expectations about the IoT differ across the globe.

First, the common trend: everyone is concerned about data security and maintaining control over their personal information. 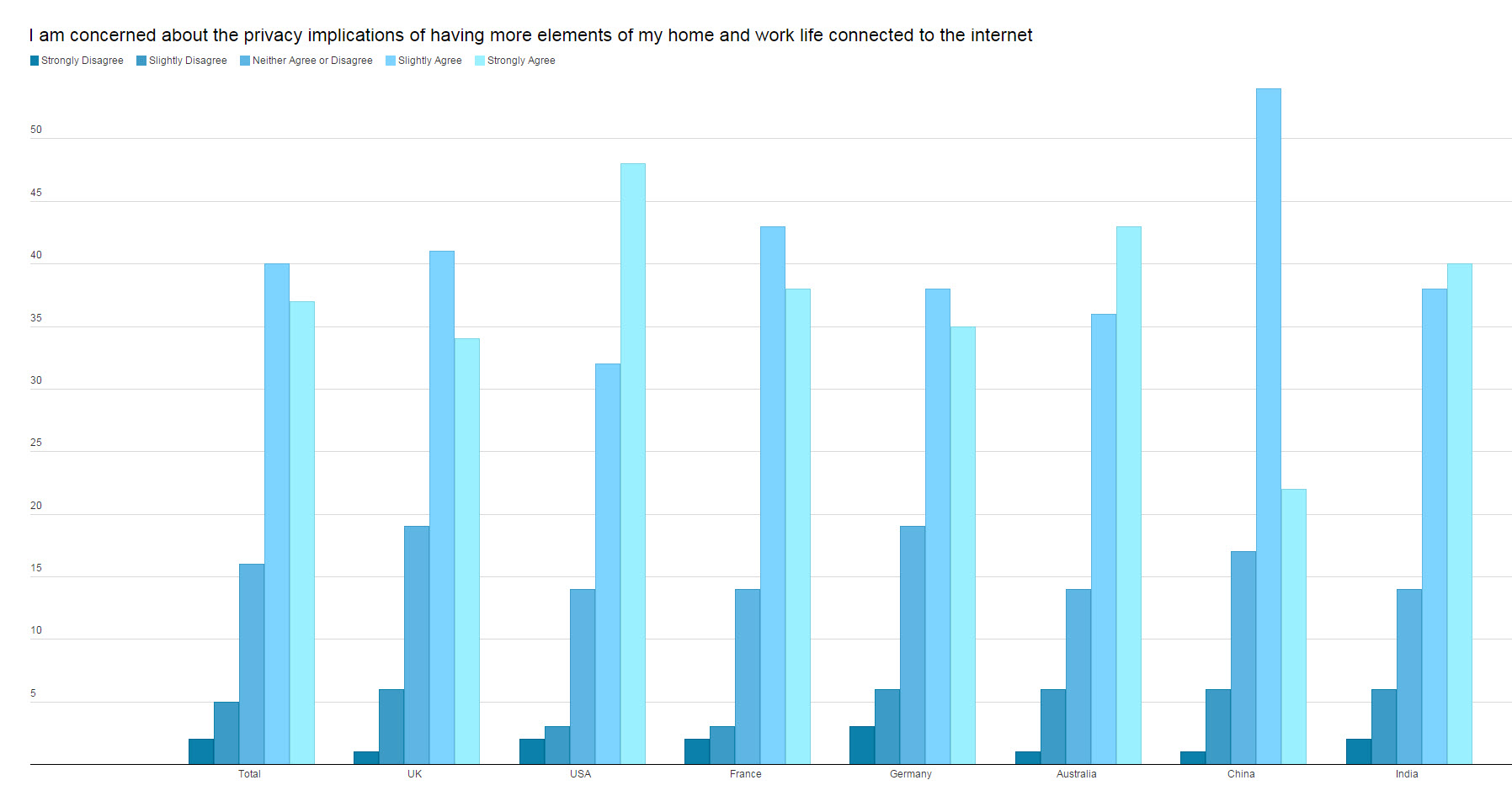 This is hardly surprising: the past 12 months have seen concerns about data security move from the tech cognoscenti to the mainstream. The high-profile data breaches at globally-recognized brands like Sony, Home Depot, and Anthem have shown consumers just how easy it is for hackers to access their personal information. The limited reach of IoT devices at present makes such concerns encompass all data, whether transmitted via computer, phone, or connected device. But as IoT devices become ubiquitous, consumers will have justifiable worries about who is able to see the medical data collected by their smart devices, the settings on their Internet-connected home security systems, and the realtime location of their family members. BMW recently fixed a problem with its 22 million Internet-connected vehicles that would have allowed hackers to unlock the doors in these automobiles. It's clear that the promise of IoT needs to be leavened with some sobering realities about the who can access user information once it reaches the Internet.

In general, over 30 percent of Western respondents in our survey agree that the more devices in their home that connect to the Internet, the better. This might not be that surprising, given the general enthusiasm surrounding IoT, but we were fascinated to discover that this figure more than doubled for respondents in China and India. 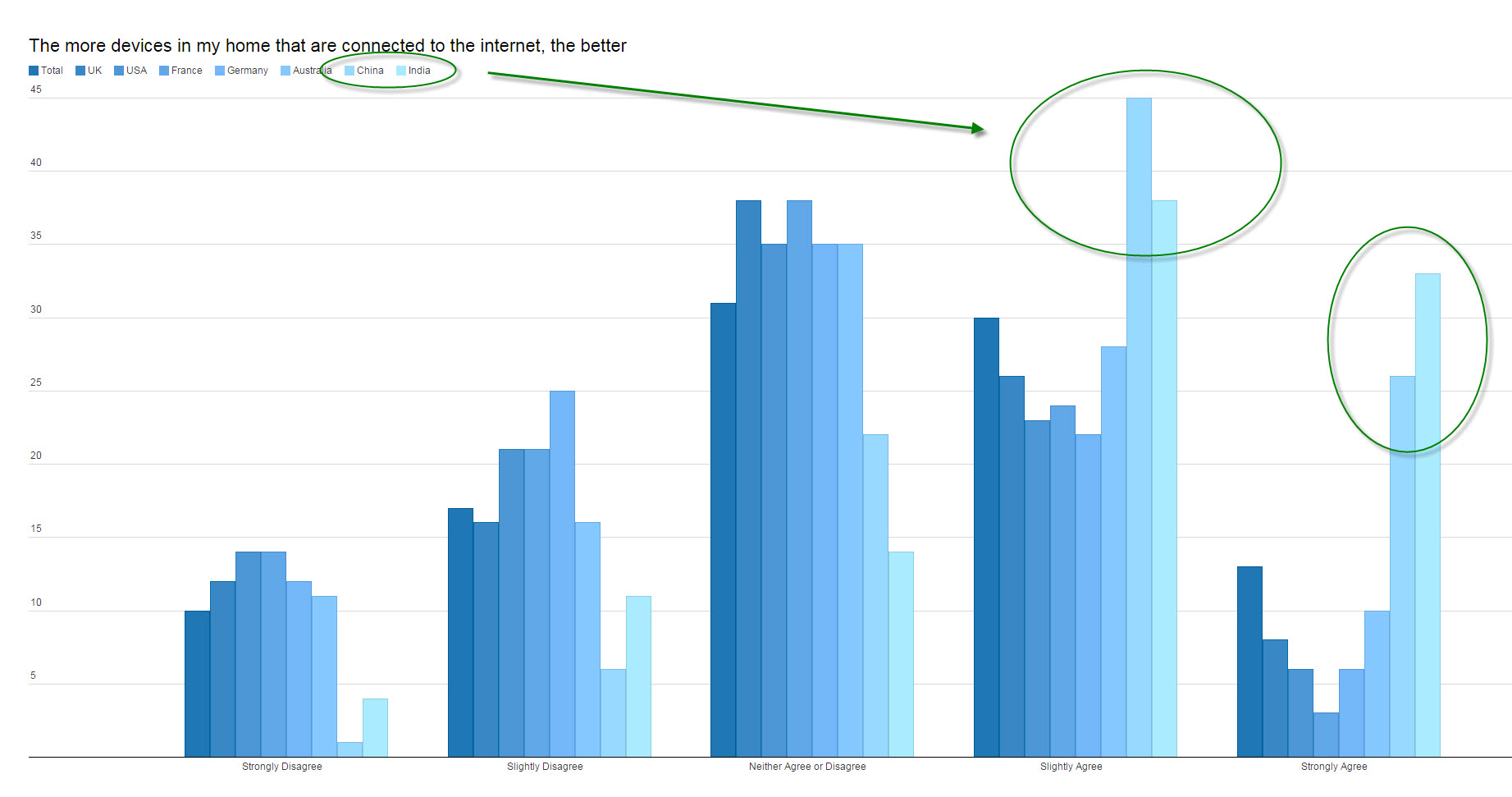 Why this pronounced appetite for more Internet-connected devices? One reason is simple catch-up: while the overall populations of India and China dwarf those of Western countries, the number of Internet users in India and China lags behind:

As the percentage of Internet users on both countries continues to increase, the absolute number of Indian and Chinese getting online will exceed that of the West. Smart IoT devices represent a more cost-effective way to get people online than using desktop or laptop computers, and the similarities don't end there: China and India have both announced major investments in widening Internet access.

Indian Prime Minister Narendra Modi's $70 billion Digital India initiative will start introducing free, high-speed Internet access to 2,500 towns starting this year, and India's partnerships with Western technology partners has led Cisco CEO John Chambers to predict that India will soon be the world's largest digital nation. China has made similar large-scale investments in Internet connectivity and IoT, investing up to $800 million into IoT by the end of this year. Government figures estimate China’s emerging IoT market will grow to over $80 billion this year and then double to over $160 billion within five years.

While Western technology consumers look to IoT for personal health (e.g. wearable fitness bands), improved energy efficiency (e.g. smart thermostats), and Internet-connected automobiles, India and China see IoT as a way to rapidly improve basic living standards through such areas as improved food safety issues and delivering healthcare in remote areas. Instead of being viewed as a means to achieve incremental conveniences, IoT is seen as a critical stepping stone on the road to raising each nation's standard of living while simultaneously providing employment to millions of citizens by becoming global leaders in this new industry. 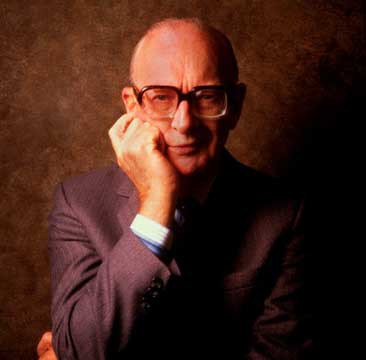 It is against this backdrop that we at element14 are proud to announce our new design competition, Enchanted Objects. We challenge engineers across the world to re-imagine everyday objects and tasks through the lens of the Internet of Things. The late Arthur C. Clarke once remarked that any sufficiently advanced technology is indistinguishable from magic, and that was never more true than when considering the incredible potential of IoT to disrupt traditional ways of doing things. By tapping into the collective imagination of our 300,000 members, we will show the world how the creativity of engineers combined with the power of IoT can transform familiar objects and tasks into completely new processes and experiences. Catch a glimpse of the changes that are transforming our world in the creative energies on display in our latest design competition.