Design and build a system to monitor the status of a laboratory using the Microchip AVR-IoT WG Development Board.

Things used in this project

Why Did We Build This?

The maintenance of the ambience in places such as laboratory, especially chemical lab is essential. The temperature, humidity and the ambient light has to be monitored continuously and the level of Air quality and heat levels are used as interrupt to prevent the laboratory accidents.

First of all, I would like to thank Microchip for supporting this project with the amazing AVR-IoT WG Development Board, I really felt informative using this board and able to achieve some of the complex projects integrated within a PCB.

Arduino Nano is a small board compatible with breadboards which is compatible with ATMega328. It has comparable usefulness to the Arduino Uno, however, when it comes to DIP module package, it works with a Mini-B USB link. This Arduino clone board is superbly compatible with Arduino IDE. 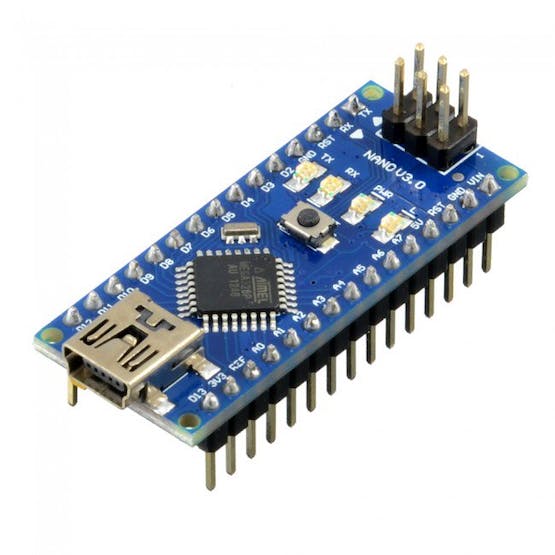 Step 1: Getting Started with Microchip's AVR-IoT WG Board

This board has an inbuilt temperature sensor and a light sensor which a preloaded firmware that publishes the data from the sensors to cloud.The AVR-IoT WG development board features two sensors:
• A light sensor
• A high-accuracy temperature sensor - MCP9808
In addition to this, we use a few more sensors with Arduino that will be explained in the further part.

Step 2: Adding the Device to the Cloud

First Login to the Google IoT core and create a new project and note your Project ID which will be needed later, when you program the hardware to connect to the project.
Note: Here I had used a free trial account. Complete your billing procedure to enable the API.
In the Google Cloud console, you can find the IOT core at the sidebar.
Create a registry: 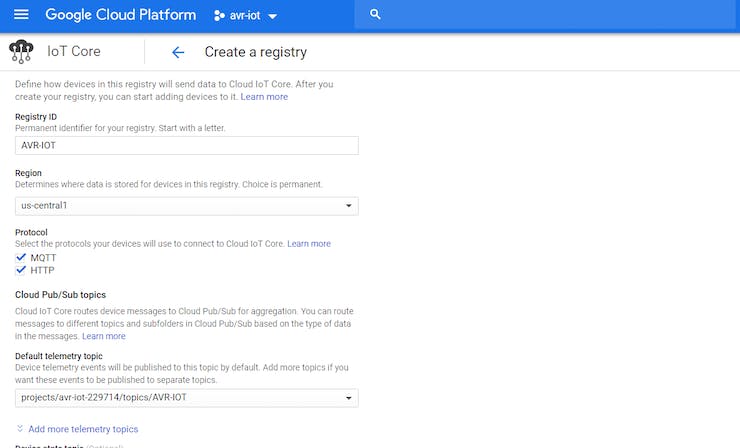 To Register the device:
Note the Device ID from the Click me file, which will direct you to a link. 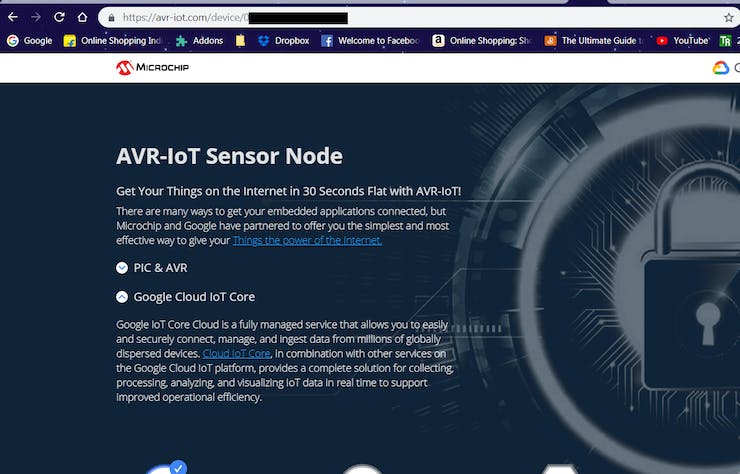 In the next form, Fill up device ID with an alphabet at first, the Public key format is of ES256 which can be verified, and add the PUBKEY.txt file in the add device page. 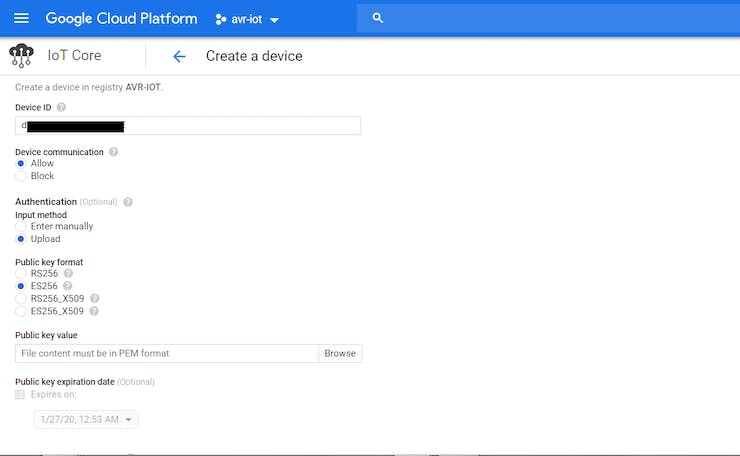 Finally, Export the project to ATMEL Studio 7 and enable the debugger to start the program.

Connecting the Peripheral to the Arduino: 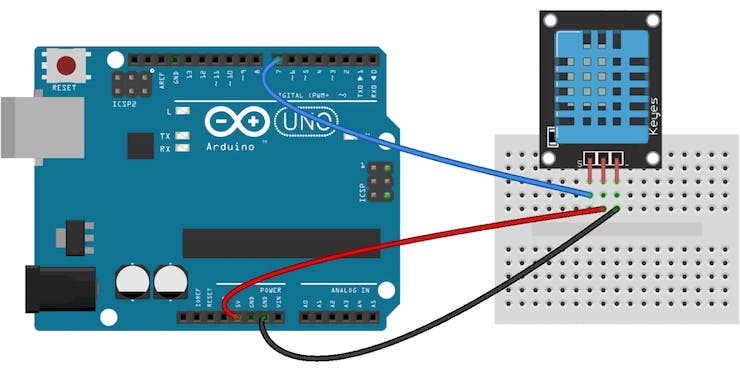 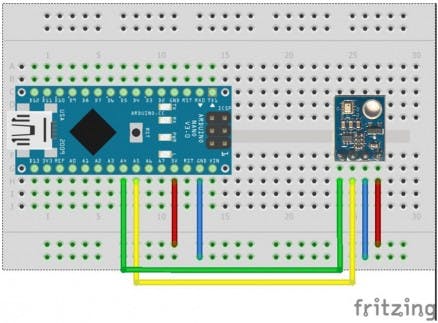 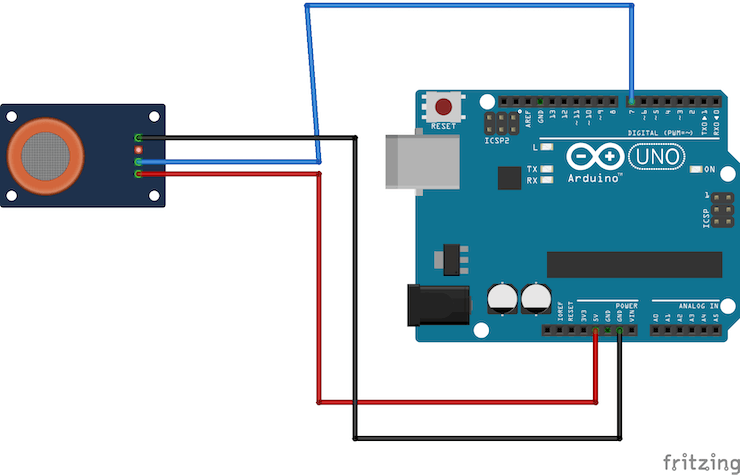 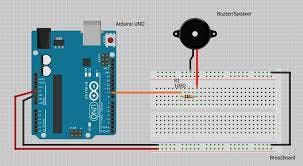 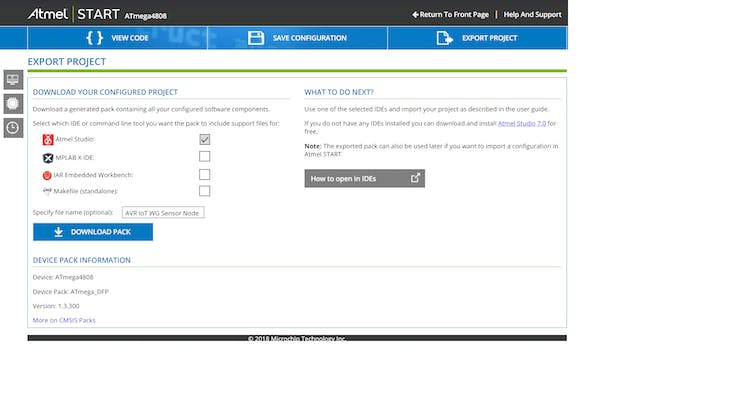 Select the solution configuration as release and debugger as UDPI as nEDBG.

Finally, press the green arrow next to Solution configuration to start the program. Note: Make sure that the program is properly uploaded without errors, i.e. you'll can find the writing process in the output dialog.

Step 5: Setting Up the Google Cloud for Publish and Subscribe

Create a new function in the Google Cloud Functions.Set the following parameters: 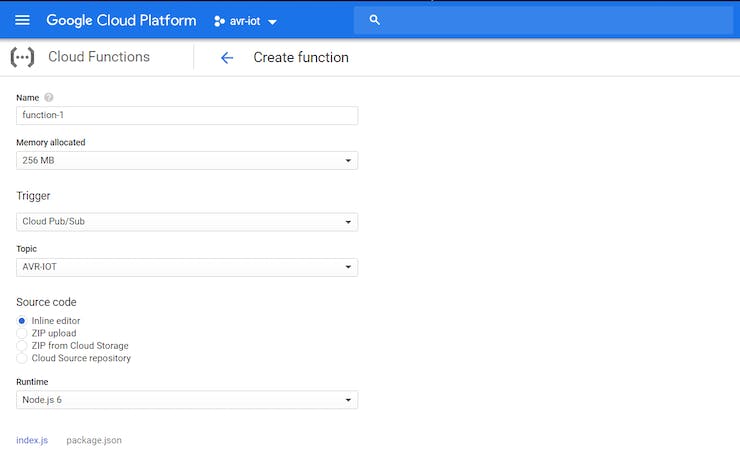 It automatically generates the code for PUB/SUB functions.

I had used an Acrylic enclosure for this project.

First, I placed all the circuitry inside the enclosure and screw it firmly.

I made a small opening for the Neopixel Ring and for the Light and Temperature sensor.

Finally, all the screw are firmly mounted and the power cable is inserted via a slot.

You can find the data is being published on the Google Cloud.

This data which is logged can be display on either a website or with a mobile application.

Give a thumbs up if it really helped you and do follow my channel for interesting projects.

If you faced any issues in building this project, feel free to ask me. Please do suggest new projects that you want me to do next.

Happy to have you subscribed: https://www.youtube.com/c/rahulkhanna24june?sub_confirmation=1