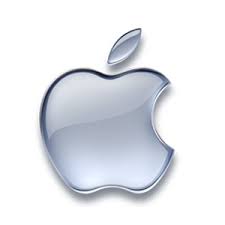 legal rights to use the iPad trademark in China.

“It was done last week, and it was confirmed with a ruling by the higher court,” that was

trademark for China to Apple, added Mr. Xie, of the Grandall Legal Group in Shenzhen.

Mr. Xie said that Proview Technology did not regard the settlement amount as especially large,

Proview Technology is insolvent and close to liquidation, and the money in the court-approved

bank account will be used to repay some of its creditors, he said.

The U.S. technology company did not immediately respond on Monday to requests for comment.

According to testimony in the legal fight, Apple retained British lawyers several years ago to set

up a company, IP Application Development, to buy up rights to the iPad name around the world.

Apple paid only £35,000 to a Proview Technology affiliate in Taiwan for that company’s iPad

But when Apple introduced the iPad with immediate success, Proview Technology (Shenzhen)

said that the transaction had not included the trademark for China. The operation in the city of

against Apple in a Shenzhen court, and the case ended up in provincial court

The Guangdong High People’s Court in Guangzhou, a metropolis of 12 million people that is

the provincial capital, said on Monday that the two sides had reached the settlement and that this

would end the litigation.

Greater China, including Taiwan and Hong Kong, has emerged as Apple’s second-largest market

after the United States.