It's been a while since I last wrote here but I was busy developing my project!

I set up the Arduino Yún and it's fantastic. The Linux side is very handy, but I nearly ran out of memory on the Atmega chip (LCD driving libraries and fonts are resource-heavy!).

While I'm still working on the different clients, I am nearly finished developing the web interface and the Arduino communication code.

It’s coded in Python (CherryPy as backend) and Javascript and is hosted on the linux-side of the Yún. It can connect to any of the lights so that you can control them as you want. Here's a screenshot:

It’s pretty basic and I plan on adding more features. It’s also my first experience with Javascript. On the upper right, there is a button you can use to choose which client to connect to: it turns green if the connection is successful, red otherwise.

I found the color picker on Google and tweaked it a little bit: unfortunately, I don’t remember who made it as it was a few weeks ago.

The Web Interface is sending commands in the following form, which will then be read by the Arduinos: MODE,R,G,B$. For example, if you want to set the orange color, the command would be “M,255,128,0$”, with ‘$’ as the terminating character. This is a Python test server running on my desktop, receiving commands from the web interface. The ‘F’ stands for fade and the following numbers are the starting and ending values for each color. The last one, ‘5’ in this case, is the delay between each fade step in milliseconds.

‘S’ is strobe mode, and ‘100’ is the delay between each color change in milliseconds.

As you can see, the code is now opening a new connection for each command sent. This is quite bad practice, so I’ll need to fix it.

In this case, I’m using runShellCommandAsynchronously() to start a non-blocking Python process (i.e. the Arduino sketches continues to run, without waiting for its completion).

I’m calling it twice, to run both the webUI application and the script that connects to the various clients and sends the needed strings.

Here’s the file that sends commands to the various clients. It sends the string received from the Arduino only if it’s different from the previous one.

That’s how it works: when you call the Bridge.put(“destination”, “value”) function in the Arduino sketch, it puts your value into a “destination” variable. This value can then be retrieved from the Python script after declaring a BridgeClient object and using the command bridge.get(“destination”).

I'm now working on the Yún controller, and here's a (very messy) picture! 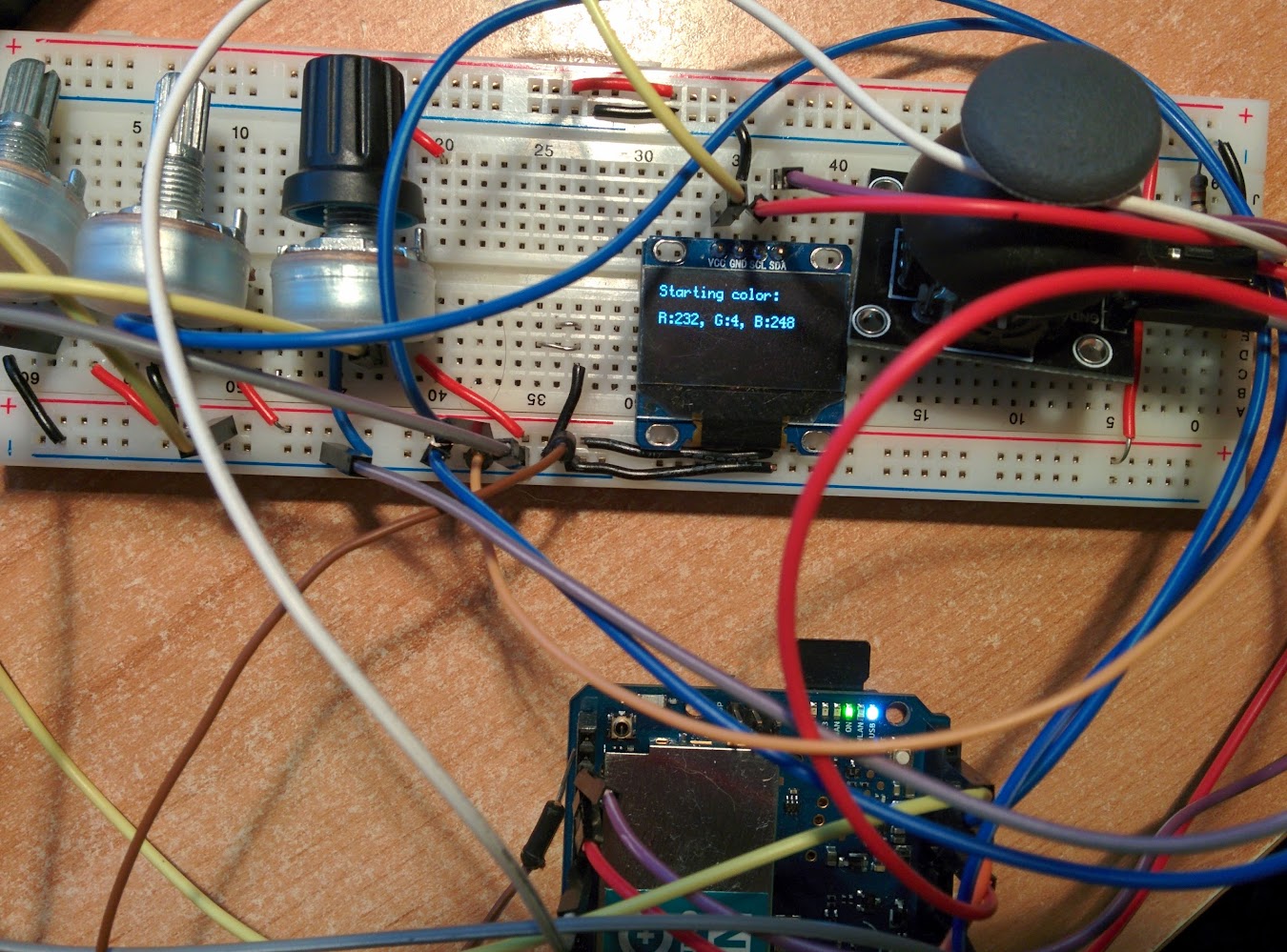 Also, tomorrow I will setup the Uno and the Infineon shield, and maybe share the clients code (which receives the commands and controls the lights accordingly).