Everybody loves the beach and I am no different. Sitting on the edge of the ocean being mesmerized by the ebb and flow of the water is a favorite pastime of mine. This is especially true when there are surfers riding the waves. It is awesome to watch a huge wave appear intent on engulfing them only to see them emerge upright on their boards having ridden the wave towards the shore. However, when too many surfers are bunched together they are inevitably toppled over due to a lack of water to support them all. This is similar to what happens when wave soldering is used to secure the components on a PCB.

The objective of wave soldering is to process the PCBs quickly. This is done by applying a wave of solder that encompasses the width of the board and the components ride the liquid solder upright in place until it is cooled and they emerge with connections firmly secured. If the board design is especially suited for the wave soldering process, the parts can be soldered in a matter of seconds. If the part clearances are not sufficient, the solder wave may not reach everywhere or connections may wind up fused together. In the past, when circuit boards and the components mounted on them were large, the use of wave soldering was the primary technique for quick PCB assembly.

Today, with the ever-increasing push toward smaller and smaller boards and the prevalence of surface-mount technology (SMT) more precise selective methods of PCB soldering are being applied. However, wave soldering is still very much in use. It is a very fast process that produces reliable, secure connections and can be applied to PCB designs with through-hole components, surface mount devices (SMDs) or both. By looking at wave soldering advantages and disadvantages we will see that when it can be applied, wave soldering is probably the best PCB soldering process for your design.

Just as a surfer has to be mentally and physically prepared before taking to the wave, you have to prepare your PCB design before the wave soldering process can be successfully applied. An essential requirement is that the design files include a solder mask layer. For most PCB design software programs this is taken care of for you. However, if you have to create your own part library (symbol and pattern) for a component, you have the option of determining what is on each layer. Care should be taken to ensure that areas that require solder, for example, pads, are not on this layer in the design files.

Another important consideration is pad spacing. There must be sufficient gap between pads for a single component and between pads on different components. This can occur for parts that do not have common traces but are close together. Pads without sufficient spacing can be fused together during the soldering process which will cause shorts and possibly part destruction during operation. 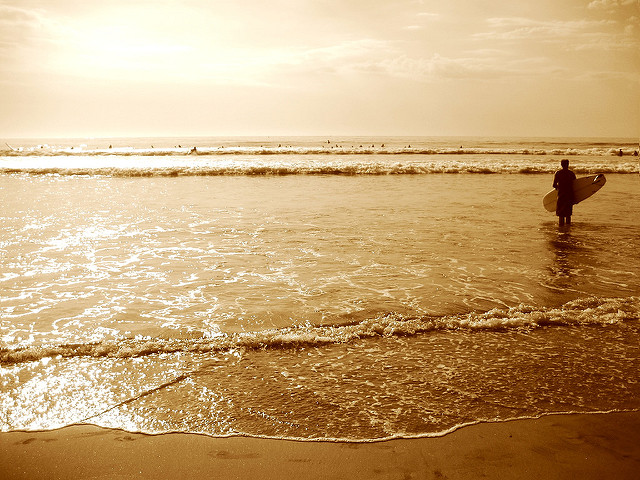 Preparing for the process

Surf’s Up! The Wave Soldering Process

Wave soldering has been around for a long time and was probably the most common PCB soldering process when circuit boards, as well as the components, were larger than they typically are today. The basic process is sliding the PCB over a flow of solder and the solder feels in the exposed areas on the surface, which are the pads and other areas that require solder. The major steps involved are:

Flux Application: Flux is applied to the board to ensure that the places to be soldered are clean and free of oxidation. As with all electrical connections, dirty connections can interfere with the current flow that can cause problems during circuit operation.

Heating: For the solder to flow, it must be at a high temperature. This heats up the board significantly. To reduce the temperature shock to the PCB, it is preheated prior to exposing it to the solder wave.

Solder Wave Application: Once the board is at a reasonable temperature it is run over the wave and the pads are filled with solder. Excess solder may be blown off and the board cools forming nice smooth soldered connections. 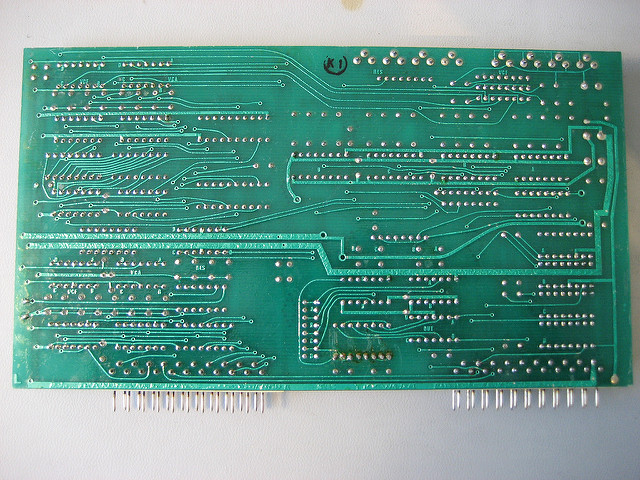 For smaller boards, especially with components that are spaced close together, the wave soldering process is disadvantageous. It can be difficult to keep the soldered connections separated which can lead to circuit failure. However, when your PCB design calls for a large PCB, with components that are spaced apart wave soldering is the best soldering process. It has the advantages of reliability and speed over selective methods.

Users of CircuitStudio will know that you have control over the solder mask around pins and vias, both individually and via design rules. Your PCB manufacturer will be able to advise on the rules to use to get the best results from their manufacturing process and your board design.