This is going to be a game played between two micro:bits.

The “head” of the ship is the point of (3, 2) coordinates. Once this point takes a hit, the player loses the game.
The ship can be a also a single dot/LED. The advantage of this approach is that the ship can be randomly positioned to a location on the display in the beginning of the game. 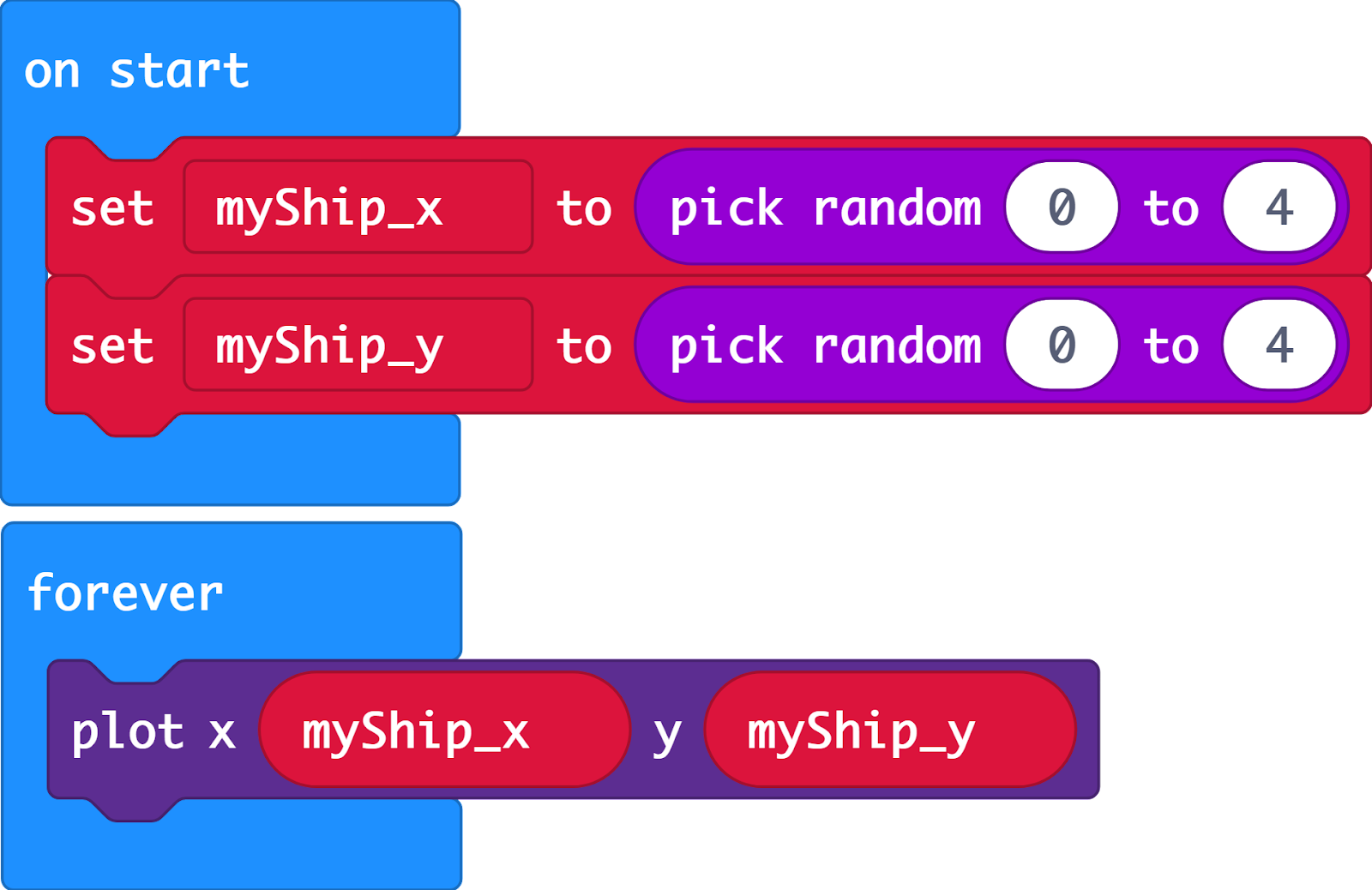 Step 2 - Setting the missile’s coordinates
Pressing button A will select one value between 0 and 4 - this will be x coordinate of the missile.

Pressing button B will select one value between 0 and 4 - this will be y coordinate of the missile.

Step 3 - Sending the missile
I am going to combine the two values (of missile_x and missile_y) like so: 10 * missile_x + missile_y.

Step 4 - receive the enemy missile
When the number is received, we recover the coordinates and then check if they represent a “kill”.

The way to recover the coordinates is this:

If the coordinates are the same with the “head” of the battleship, the variable “iLost” is set to True (the variable was set to False in “on start”).

In case we lose, we can send a signal that we lost. This way, the other player will know they won.
The way to do this is by sending a number (that cannot be coordinates) when we take a fatal hit. This number needs to be above 44.
The forever loop looks like this:

Ways to improve the game: