Like with all LEDs we are going to use a resistor (220 Ohms, in our case) in series in order to limit the current, thus protecting the LED and the micro:bit.

2. Program
At startup we initialize red, green and blue variables with values chosen randomly between 0 and 1023. This way we have always a different starting color.

Then we can choose a changing direction for each color: some could go up and others could go down. This way the pattern. We set these values by setting directionRed, directionBlue and directionGreen to either “1” or “-1”.

When the level reaches a limit, either the low limit or the high limit, the direction is going to change (from -1 to 1 or from 1 to -1). In doing so, we only use addition to change the level, but the color level can go both ways.

The last step is to send the values to respective pins. 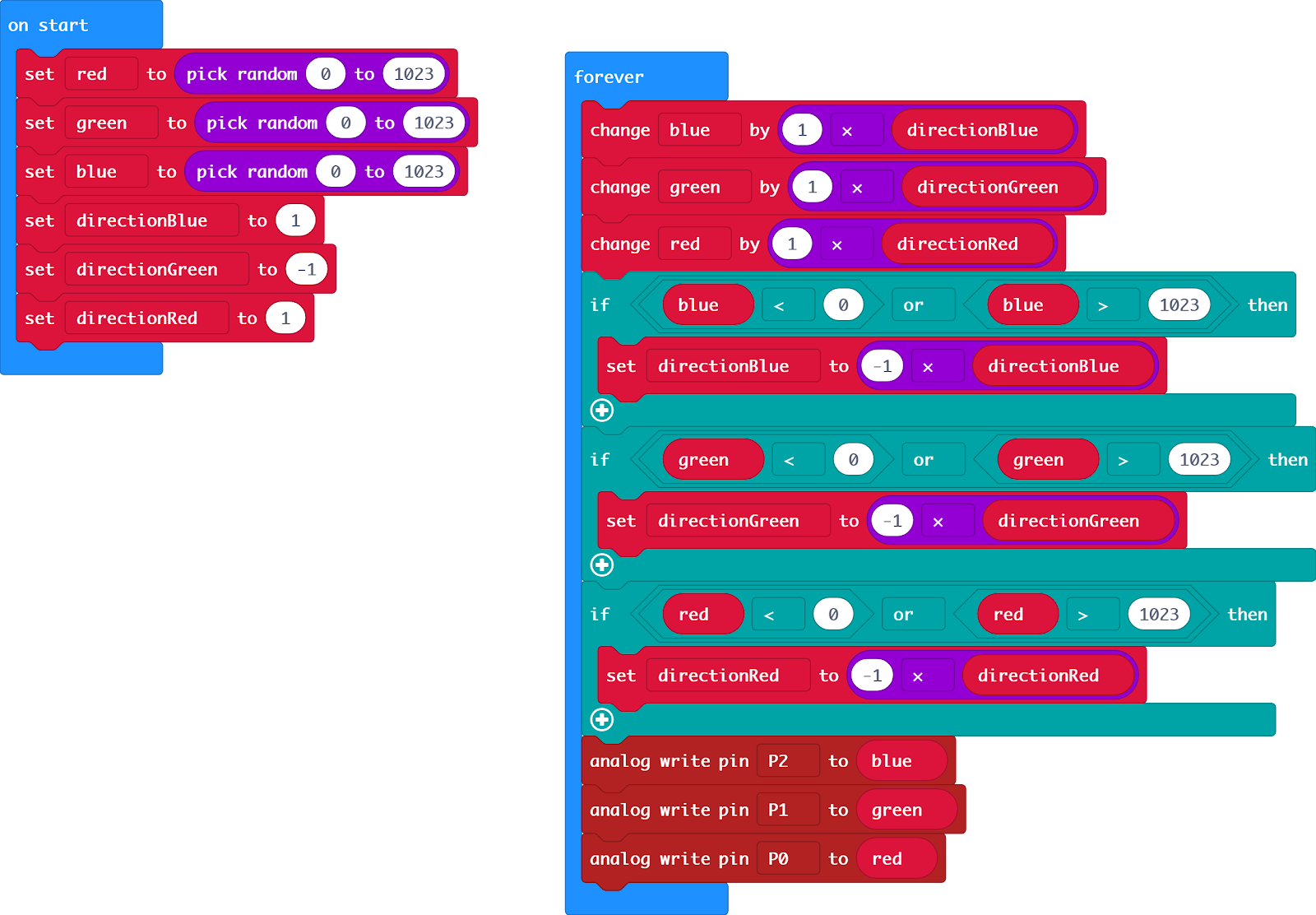 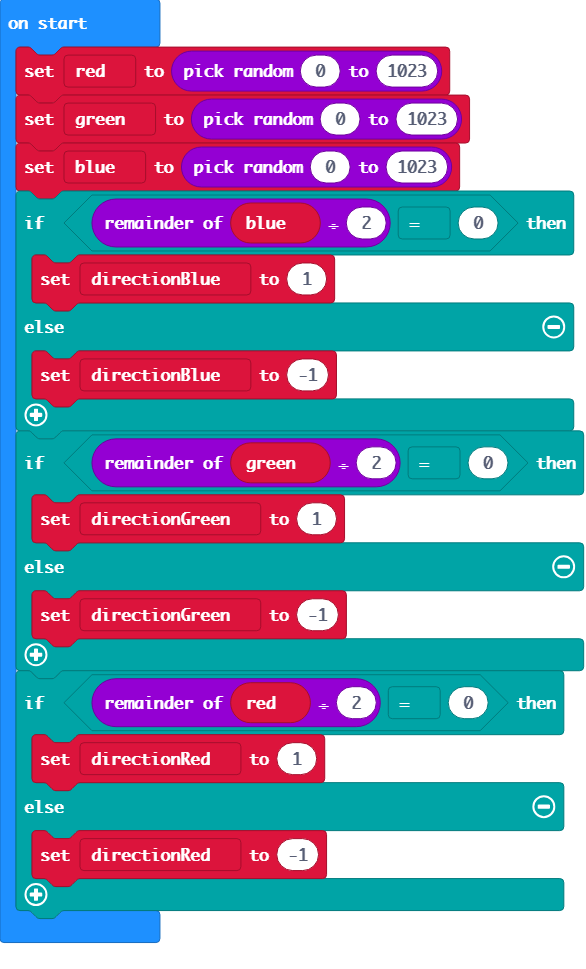 To have a visual representation of the color level, we could display the level on LED matrix. The red color level will be display on column 0, green on column 2 and blue on column 4. We can use functions for this task. 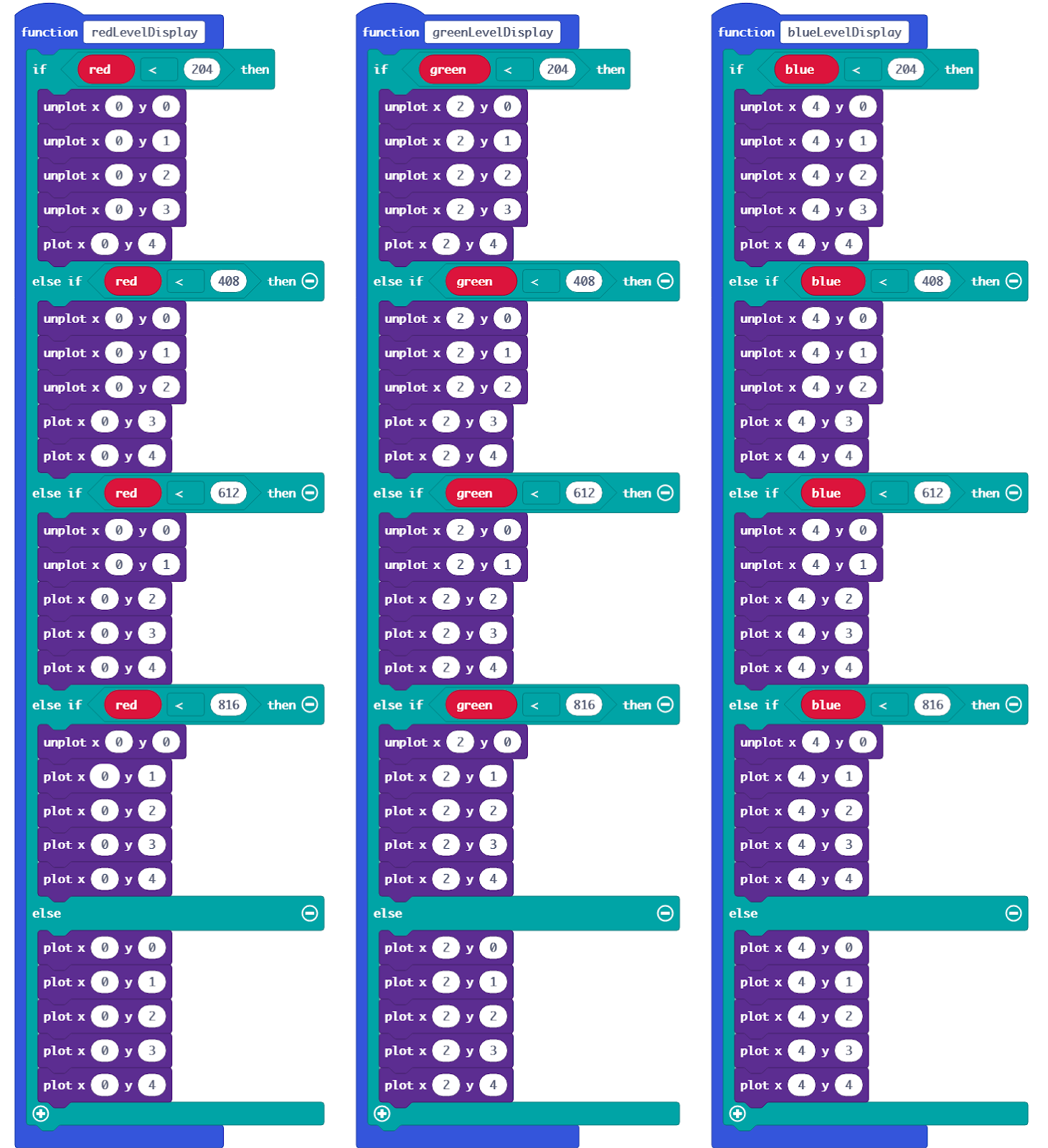 Then we call the functions from the forever loop. 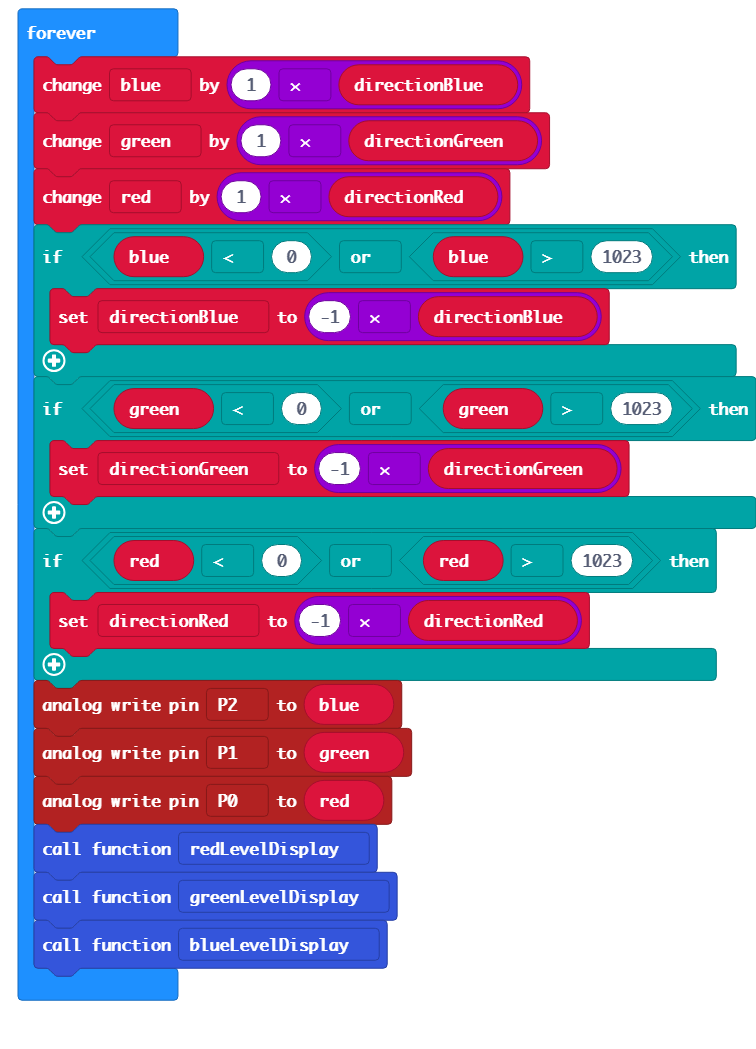