I live in one family house in Poland which will be subject of hacking in this tutorial. This house is huge, old and has big energy demand.

The problem was we were using only gas furnace for heating and domestic hot water. This gas furnace was a bit old already, not really energy efficient and required frequent maintenance like cleaning from water deposit and carbon.

That is why we have installed photovoltaic panels for solar water heating, this solution is very energy efficient, maintanance free and very durable. Also at this moment we are waiting for PV panels with inverter for electrical energy generation.

Electricall current is being produced in six 280W polycrystalline photovoltaic panels each connected in series and is transported through cables to immersion heater placed in 250 liters tank.

The photovoltaic controler is also very simple, its function is barely condition energy applied to heater. It is pulsing when there is little sun and switching transistor constantly on where voltage and thus current is close to nominal.

My project would involve fully automating process of water heating using photovoltac energy on one side and gas on the other. I will also collect telemetry like current produced by PV, energy, and temperature of heated water. My goal is to provide most confortable environment to live in and also most energy efficient. As switching device for pump I will use Idead Smart Switch - Sonoff S26 Hacked to work in offline mode (LAN).

Architecture of the system i came up with:

In this architecture Azure Sphere serves as telemetry broker and secure gateway to the cloud. Telemetry from sensors is being provided to Sphere OS by local server (Paspberry Pi) and by Real Time capable Application which is using ADC to sample data.

Azure Sphere has been little modified. I have soldered USB type A socket to I2C header near edge (OLED Header) where other micro USB is. This way I can connect my OLED display using cable with usb TypeA on one side and 8 pin header on the other. Im using OLED configured to work in I2C mode so 4 lines from USB are perfect to communicate ( Vcc, GND, SDA, SCL).

I have also used current sensor ACS711EX wchih has output proportionall to measured current. Sensor is powered using 5V Vcc form Azure Sphere, its output voltage when current is 0 is at Vcc/2 wchih is equal to 2.5V. This output has been connected to Channel 1 of ADC controller. (Channel 0 is used by built in light sensor). This way when current increases, voltage decreases proportionall to sensitivity and it is measured by Real Time Core.

Like you can see on above photo, white cable goes directly to AN header on Socket 1 click, Red and black goes to 5V and GND respectively on Socket 1 click. This thick black and grey cables are transferring current to immersion heater. Sensor is connected in series on plus side.

I was finally able to safely use my Sonoff and control it from the cloud !. This device has ORIGINAL firmware V.2.6.1. To connect it to original cloud and control it, you need to install App on your phone and configure your device using it. When I bought it few years ago it was fine for me but after some time I have noticed that Android Application is using a lot of battery of my phone and also it is sending some weird data to the cloud even if im not using it! It was the reason I had to uninstall it and loose posibility to control my Sonoff devices in the same time. Later on i have discovered a Hack that enables You to controll Sonoff devices using original firmware in local mode. Original firmware has built in mechanism which enables WebSocket interface to the device when it looses connection to Sonoff cloud, I have disabled internet connection on my router for all Sonoff devices and started to controll them using open source tool pysonofflan. Then I have been looking for some way to control them in more autonomus and smart way locally and also using safe cloud... and i have found Azure Sphere

Some newer Sonoff devices like Basic R3，RFR3 and Mini has official LAN mode support (still need to use eWeLink app), others dont and you need to disable internet connectivity for them and you can start controlling them using WebSocket or RESTFull API (in older versions it depends on firmware they are running). You can find more info here  https://github.com/itead/Sonoff_Devices_DIY_Tools  or here https://github.com/beveradb/sonoff-lan-mode-homeassistant . 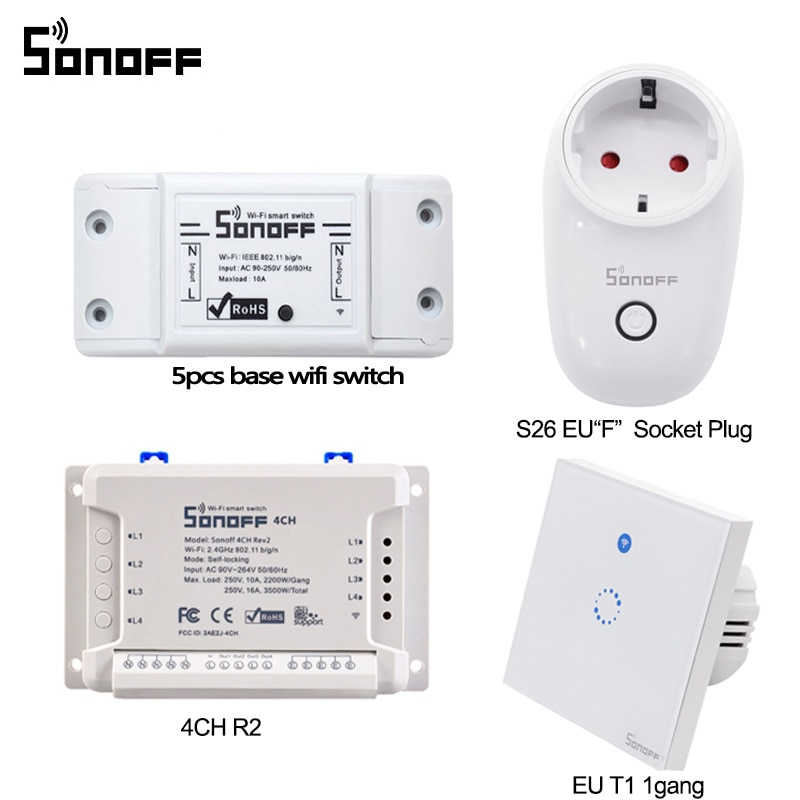 Most people are flashing custom firmware to their Itead Sonoff so they can use safe (mostly open source) cloud and control safely (I can highly recomend Supla Project). Using my approach you can use Sonoff with original firmware.

On Azure Sphere side I have created retry mechanizm when connection with Raspberry Server is lost and also there is echo confirmation when request has been forwarded to device.

Video presenting early testing of my protocol can be seen below. OLED displays connection status to Raspberry Pi server as well as WiFi connection information.

Temperature on the gas furnace side (T1) and in the water tank (T2) is measured by two temperature sensors.

Algorithm for switching pump is simple, when T1 > T2 pump is switched on, otherwise pump is turned off to avoid cooling down.

Below algorithm is implemented on Azure Sphere. I have also added some protective mechanisms.

It will be refactored. The reason is im turning on red LED on Azure Sphere Avnet Starter kit when Sonoff is turned on.

Current actual value is measured by ACS711EX connected to ADC 1 of Azure Sphere. ADC on the other hand is acceses by Real Time Core.

ACS711EX sensor is based on Hall efect, it converts current to proportional voltage. It looks as follows: 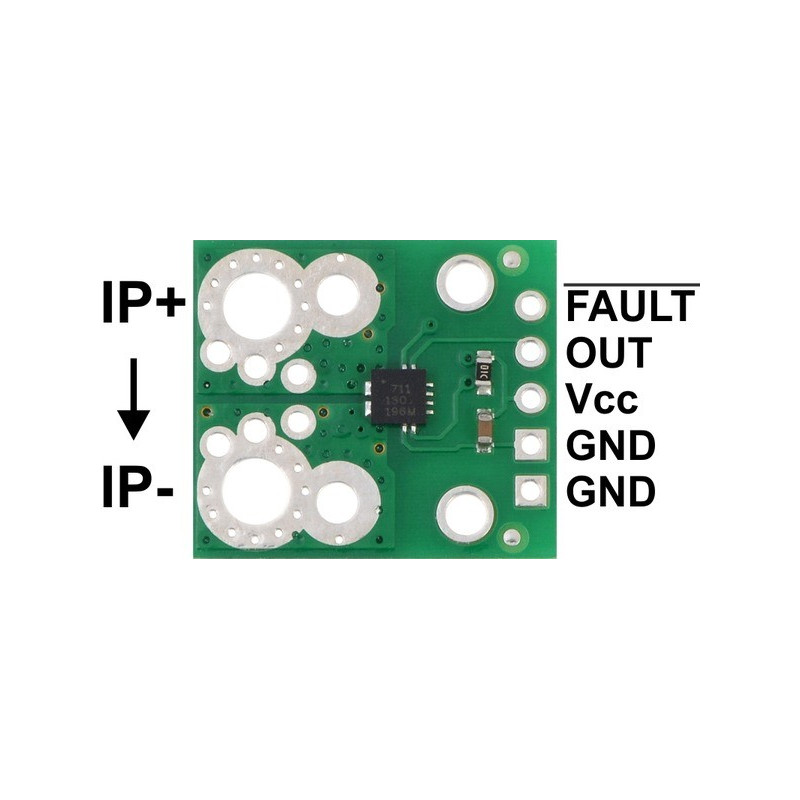 Thanks to holes on left side thick cables can be connected, this is needed in case of high currents. In my case current up to 9 Amps will be measured.

When current is 0 A output voltage is equal to sensor supply voltage divided by 2. (Vcc/2). In my case it is 5V/2 = 2.5V. When DC current starts flowing in either way ( from IP+ to IP- or reverse) the output voltage increases or decreases proportionally. In this way this sensor can measure current in both directions. It also has FAULT output which indicates that current has exceded maximal rated current.

Oled display serves few purposes. One of them is to see diagnostic information regarding connectivity. It would be WiFi network SSID, signal strength and status of connection to Raspberry Pi 3 server.

When connection to server is not present display shows actual error strerror(errno) (string.h) from socket. It works great and description is self explanatory.

Display is placed on water tank and connected to nearby Azure Sphere. Despite the fact that this place is far from WiFi router, connectivity is good.

It might be thanks to built in WiFi antena on MT3620 chip.

Also displayed screen is changed every 4 seconds so every parameter can be reviewed.

Raspberry Pi3 has been used as central server for remote sensors. It has been set up to be able to integrate existing Home Automation devices and make them available to Azure Sphere.

I have used Pi3 running Raspbian Buster light (headless). I have also created little Proof of concept server or protocol converter in python. To run this script I'm using Python 3.7.3.

You can use it like this: python3 socket_echo_server.py &   to run it in the backgroung. Like you can see im not good at python and i could not figure out how to convert binary to string and compare them inside so i were comparing requests in binary. Also i wasn't able to run pysonfflan as library so I have used os.system calls.

Raspberry Pi has endless posiblilities regarding home automation integration thanks to massive amounts of python libraries, tools and open source code. You can even make voice asistant like Alexa or Google Home of Raspberry Pi. Im very happy i could use Raspberry Pi and python in this project because I would like to improve my knowledge in this field

Normally I think someone should implemement better protocol between Azure Sphere and Raspberry Pi3 so that it would send IP address and command/request in one message and then forward it to appropriate sensor based on IP. For this purpose json files would be enough in my opinion. Above code is just working proof of concept that you can integrate many home automation modules using Raspberry Pi and control them using other devices or cloud.

I have created simple dashboard to monitor current value.

My approach was to just forward scaled and conditioned telemetry value to IoT Central. Rest of processing will be done there. For example I can view custom timeframe of my measurements, change displayed samples interval time despite actual interval with samples are sent to cloud. Drop markers on specific values or time or view data on table instead on chart.

IoT Central allows to analyze energy usage patterns to forecast generation and demand, extreamely usefull when we receive more photovoltaic panes with inverter for power generation. Also it is possible to download data locally as .csv or export data to Azure Blob storage.

On Azure IoT Central I have created Dashboard containing:

Like You can see on above screen this was very cloudy day, sun was at its max power at noon, temperature in water tank was higher (gray bar) than this one in gas furnance so pump was not activated.

My code can be found here -> https://github.com/dbo01/HomeEnergyHandling. At the time of writing this it is far from ideal but it is working

I have taken some ideas from Peter Fenn advanced tutorial source code and also from official microsoft azure sphere samples. In my free time I will cleanup and refactor this code so that I would be able to use it on other projects.

Some things i would do differently now:

To sum up, while creating my project i was following changes in:

While creating my project i have used following devices or materials:

This was very interesting project, most important for me was that i had full control over data sent to cloud and I was not restricted by cloud capabilities like in other commercial solutions made for smart home. Im aware that IoT Hub has more posibilities than IoT Central but i have choosen this for begining. I was able to hack and use Sonoff device with its original firmware, now every Sonoff can be used out of the box. Pysonofflan has feature of detecting connected Sonoffs (by its MAC addreses I believe) so only forwarding this to Azure Sphere and later to Azure IoT Central is left to implement to fully use any Sonoff out of the box!