The proposal for this roadtest plus was written around the TI TPS92512 which is an LED Driver Buck converter. The idea was to design a 4Channel Lighting solution along with a variety of LED panels. In addition to RGB Lighting Panels, it was proposed that custom ones can be made using special LEDs for agricultural lighting more commonly known as ‘Grow Lights’. Additionally, the control over the colour as well as intensity of the lights should be controllable over say Wi-Fi which can be accomplished by using a CC3200. The system is to be designed in an enclosure that can replace the conventional home or industrial lighting hence the title “Multipurpose Modular Light Bar Project”.

Since its inception, the idea has been modified to work as lighting solution for our expected child’s room. In addition to being an IoT Lighting solution, it will also double as a night light.

In the previous posts, I explained the PCB as well as working with the CC3200. I also showed you the basic UI for the project and also explained the use of MQTT and control. In this post, I describe the final build. Lets go!

My original idea was to create a light bar that looks like a conventional lighting fixture. Along the way, I came up with the idea of building something that can accommodate a lot more LEDs and one thing LED to another.    The end result was that I brought home an abandoned LCD monitor from the scrap of a friend’s shop. 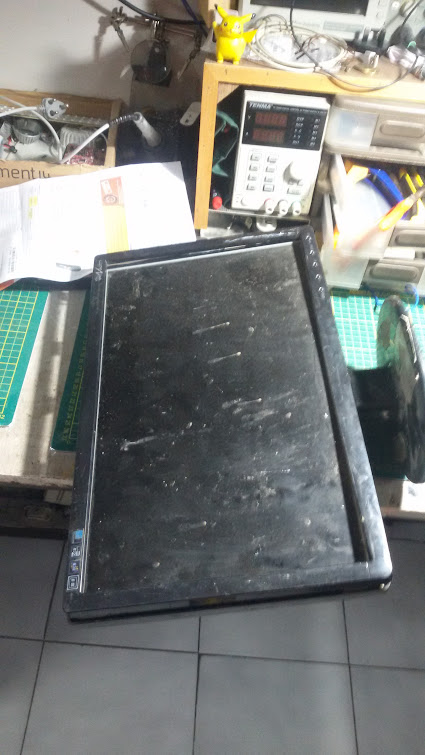 I began by removing the basic internals...

Turns out there is a lot of stuff inside that needs to go. After that it was just a matter of organising the things inside. After some prototype testing, and hot glue gun session, the result is as follows. 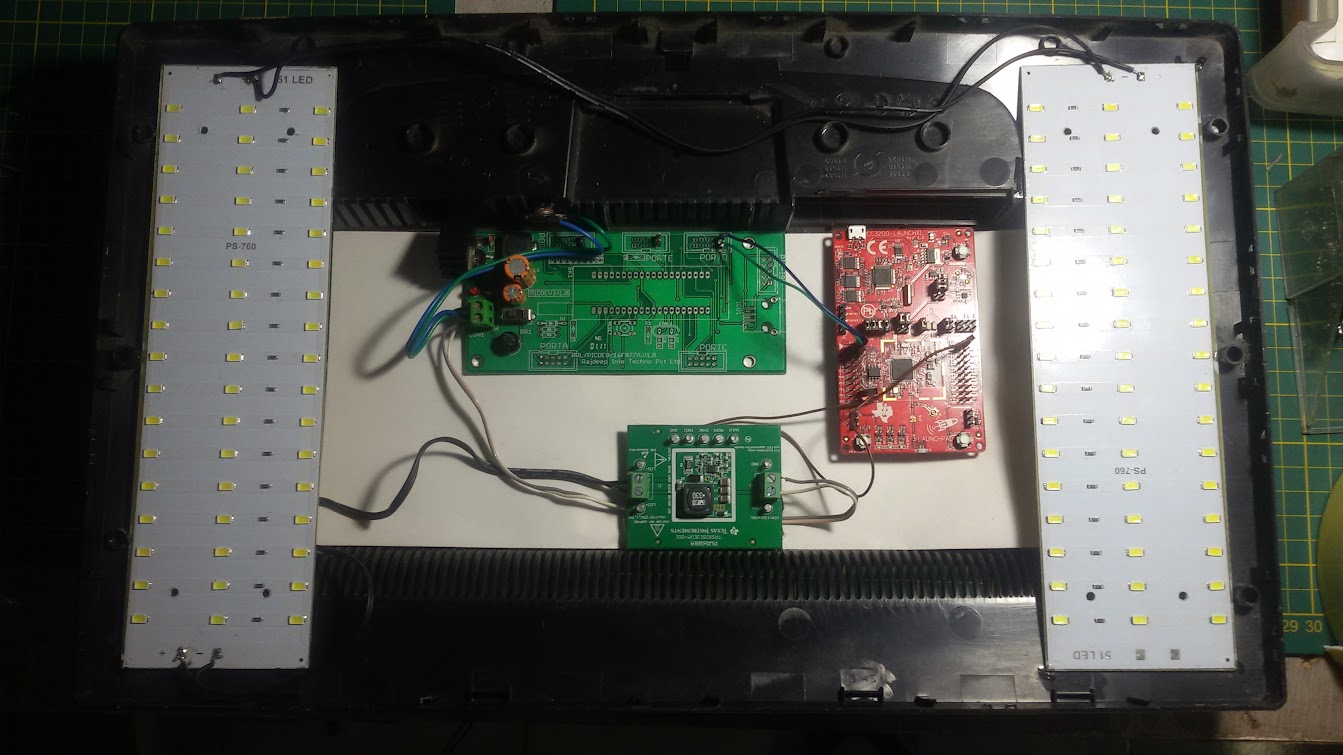 I also used a little spray paint to make the frame white and good as new along with a glass pane to boot! 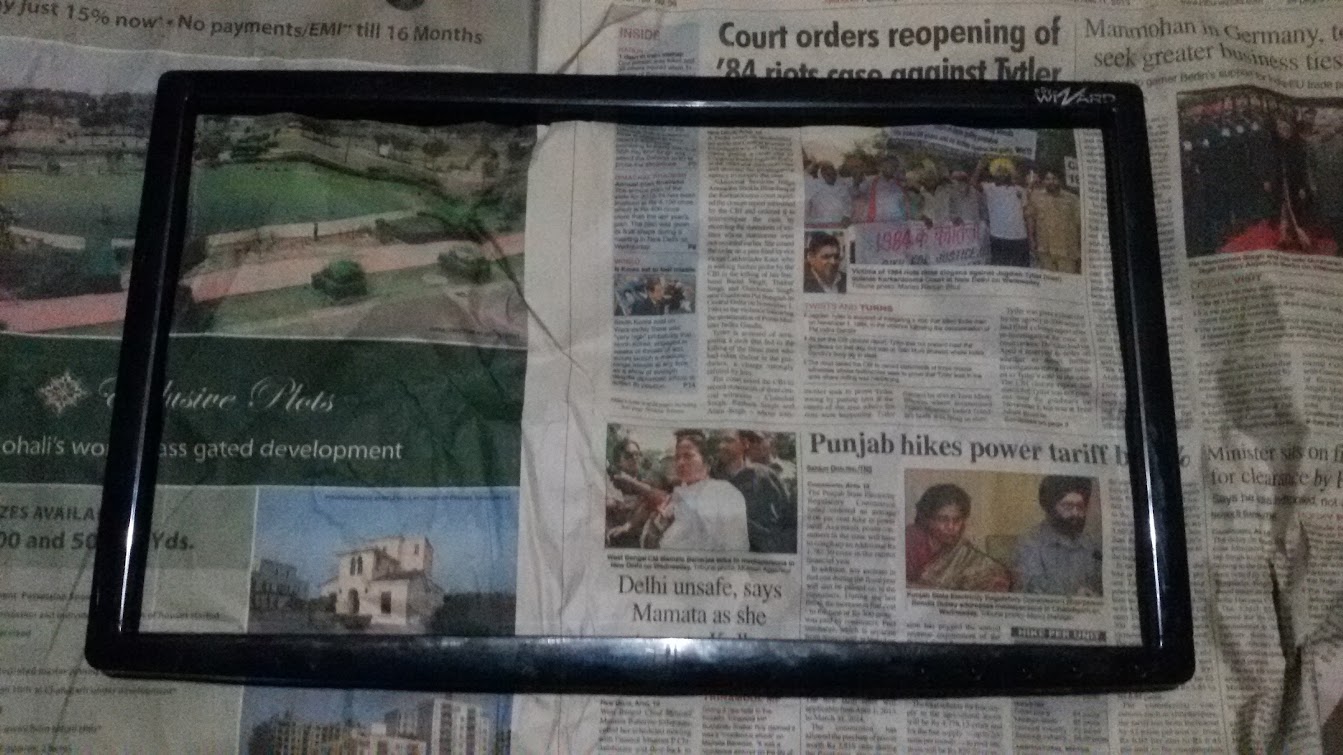 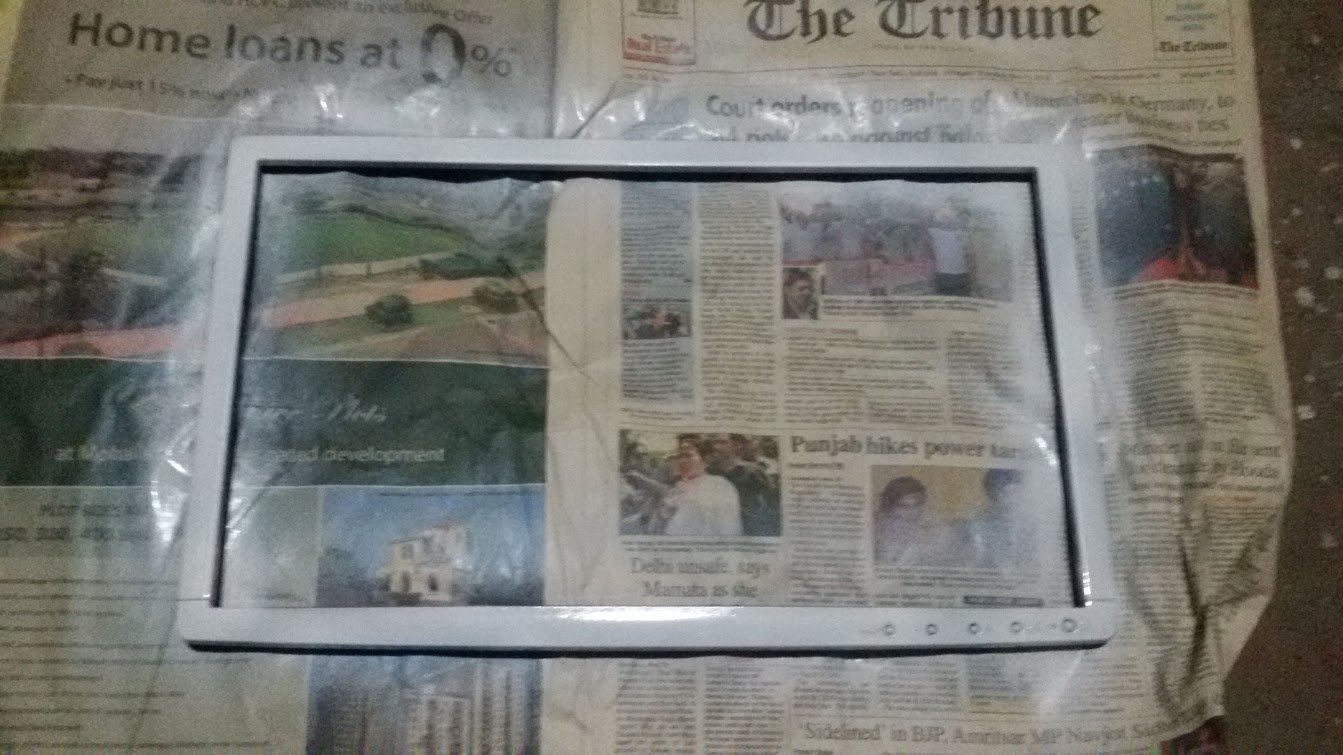 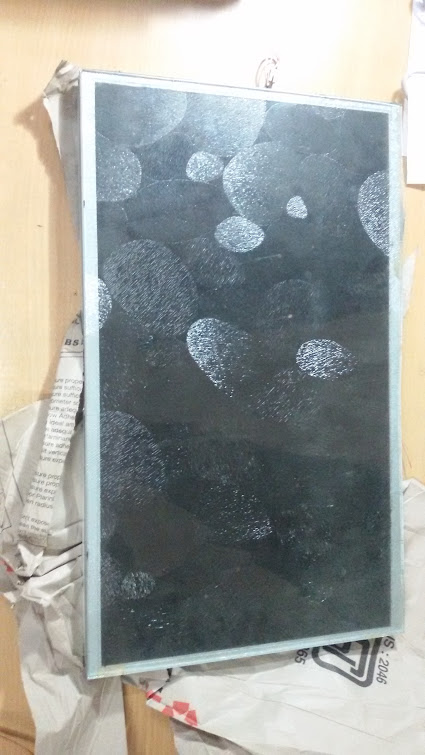 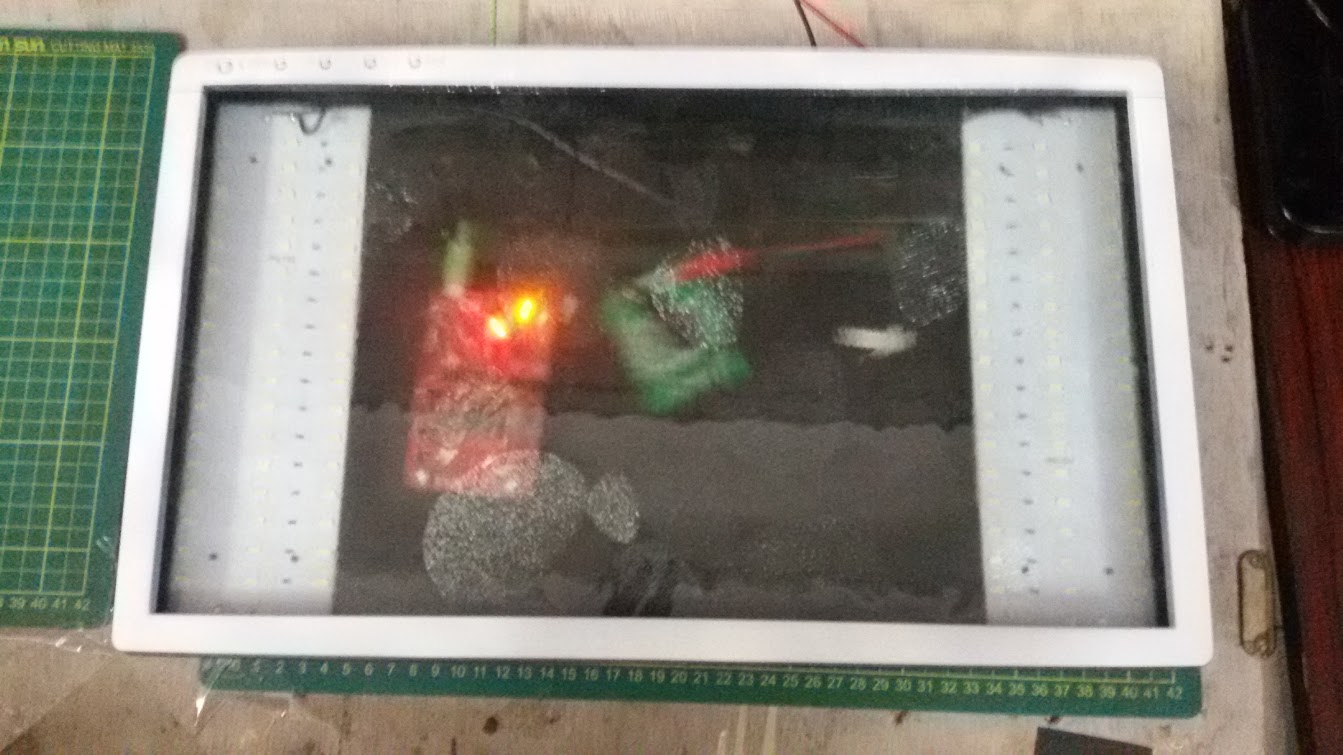 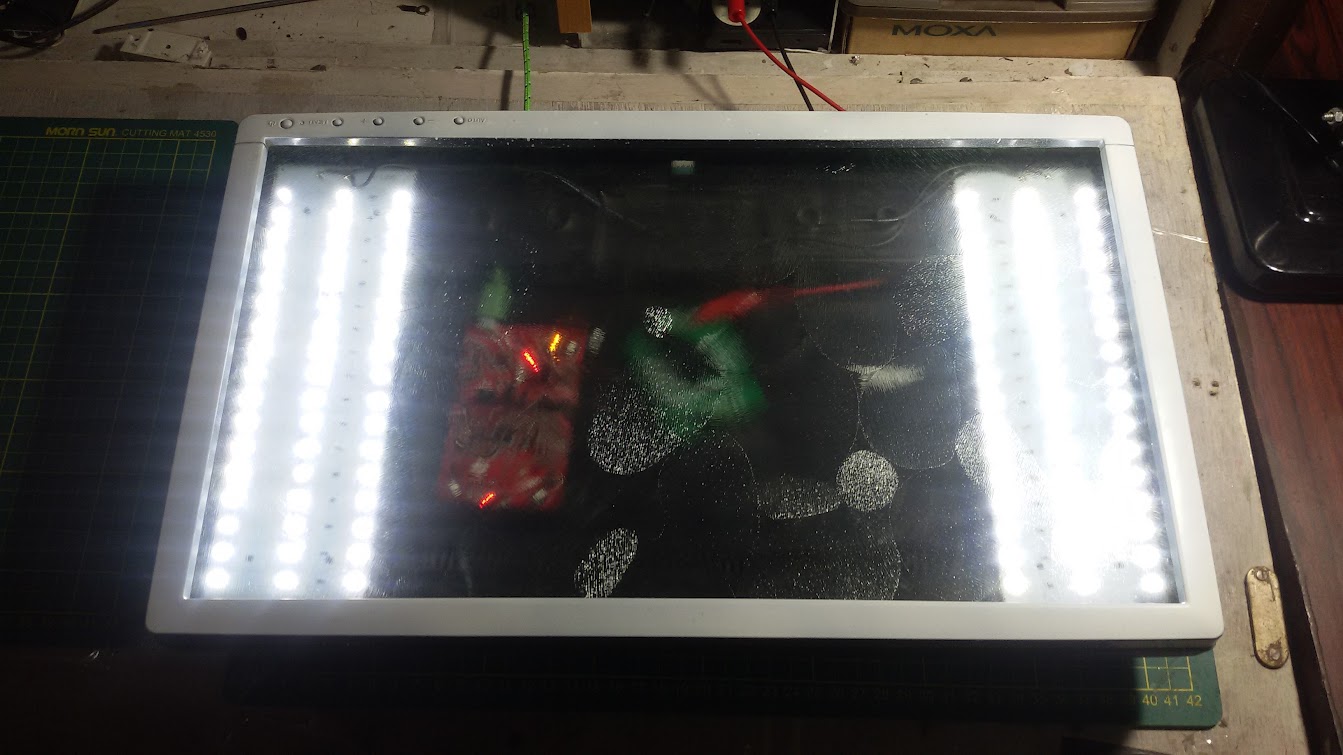 The basic layout is ready but I intend to but this up in our child’s room. So I need to make things cute!

The Love and Romance

Skip this section if you don’t like mushy stories.

An arranged marriage is when the parents decide who you get married to. Thats what me and my wife landed us together- parent’s decision but over time, we fell in love because we complement each other so much. In order to decorate this light, my wife chose the first anniversary card she presented to me six years ago and so I went on to draft it into the monitor light. 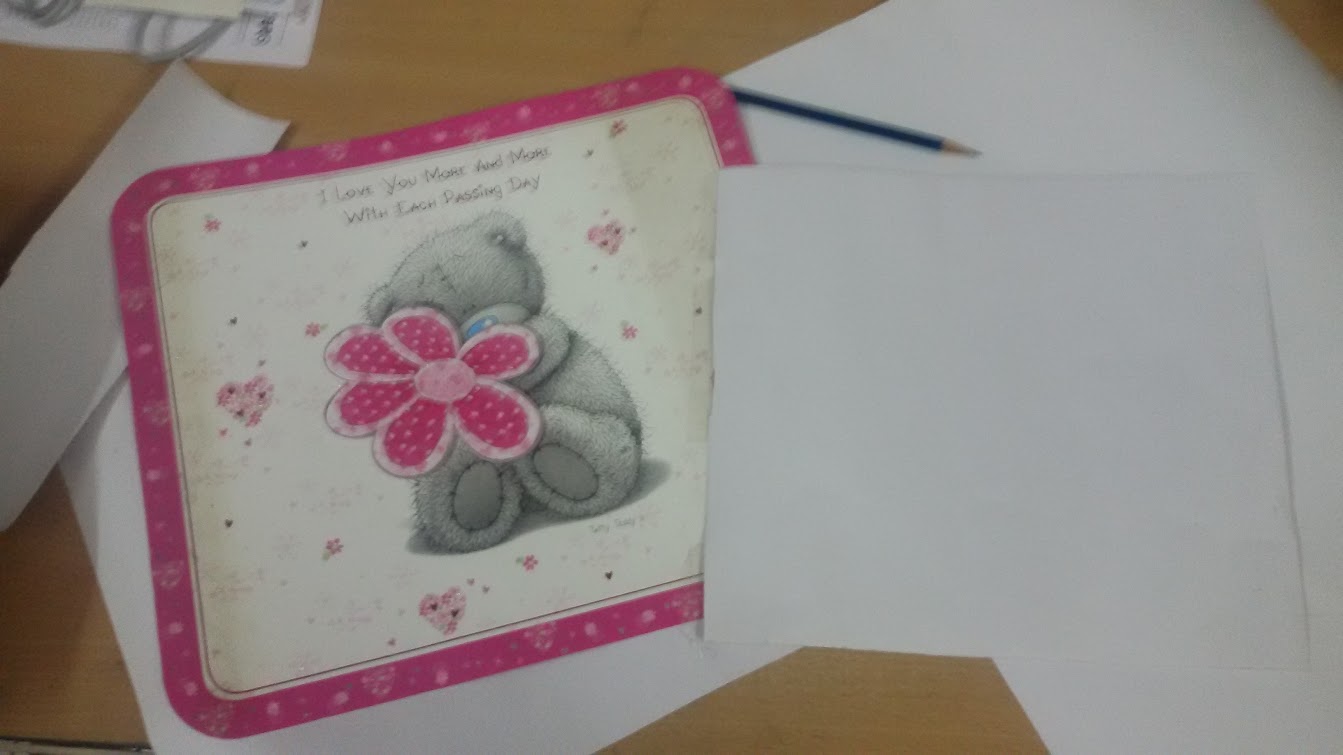 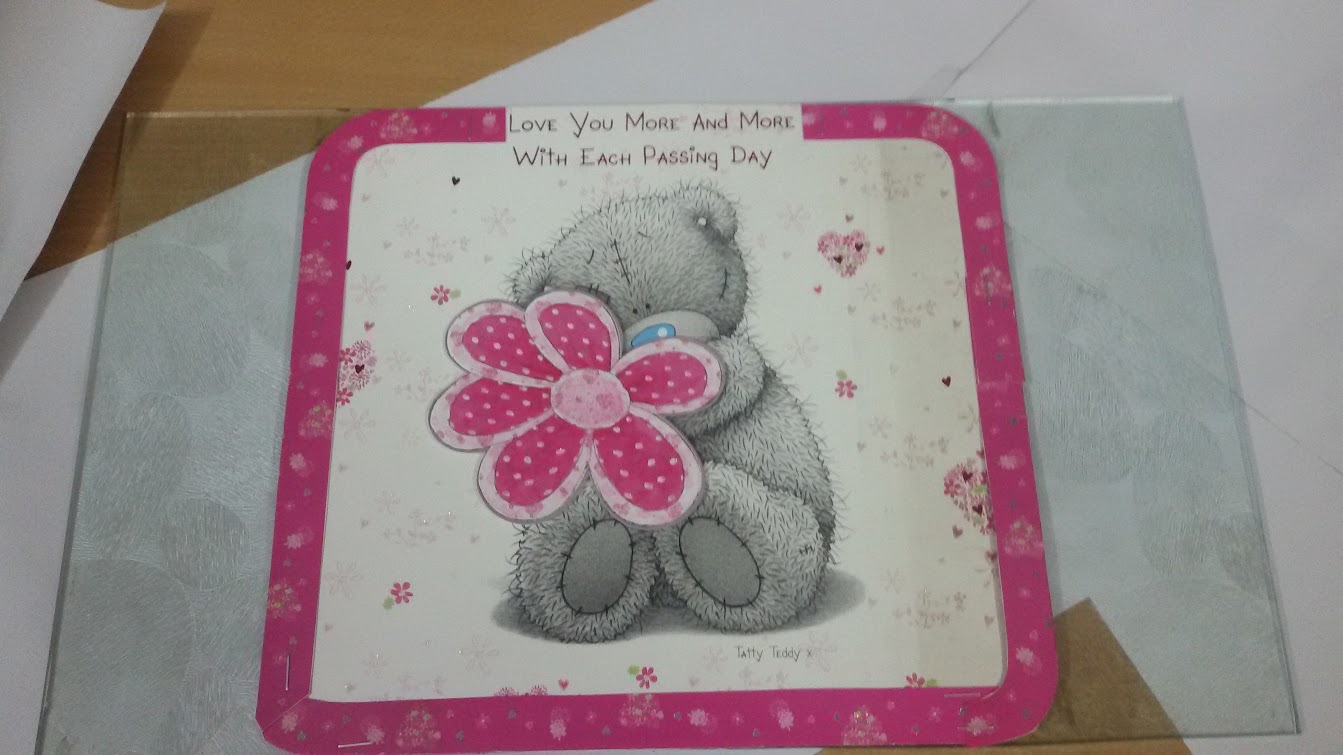 This is the finished build with all the electronics except for the power adaptor as external. There are wall mounting holes at the back for ease of use. This is about it for the final build. An old monitor got partially recycled and we got a baby light 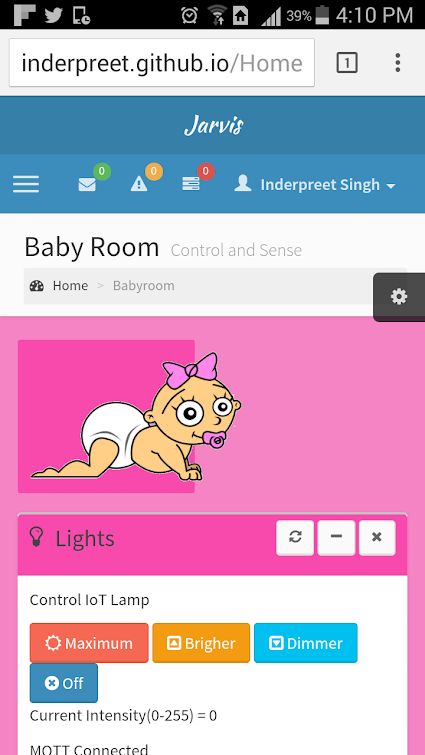 In the next post, I will be providing a challenge summary as well as a demo.