In the beginning (at least of this project), there was, a word.

That word provides to our Modern day readers of Element 14 a clue.  To truly understand what this word is and how it pertains to this Safe & Sound Design Challenge project, we need to better understand the history and meaning of clue.

Referencing Merriam-Webster.com we find the current accepted definition of CLUE:

"1 :  something that guides through an intricate procedure or maze of difficulties; specifically :  a piece of evidence that leads one toward the solution of a problem

They are even so kind as to provide some additional tidbits of information:

The word clue was originally a variant spelling of clew, meaning “ball of thread or yarn.” Our modern sense of clue, “guide to the solution of a mystery,” grows out of a motif in myth and folklore, the ball of thread that helps in finding one’s way out of a maze. Of these stories the best known is the myth of Theseus and the Minotaur. In the myth, Theseus unravels a ball of thread as he searches for the monstrous Minotaur in the Labyrinth. After killing the Minotaur, he retraces his steps out of the maze by rewinding the thread.

Origin and Etymology of clue

So now we see that our clue has the interesting heritage of coming from clew and can be traced back to the myth of Theseus and the Minotaur.  Not mentioned above is the fact that the clew that was given to Theseus was provided by Princess Ariadne, and has even more intriguing details.  Some of our readers may have heard of The Ariadne’s Clew algorithm, while well beyond the scope of this project it is interesting!

Out of curiosity, what more can be learned from Merriam-Webster.com about clew?

“Origin and Etymology of clew

So today’s clue comes from the Middle English clewe.  The idea behind clewe is that when Theseus had to navigate the Minotaur’s maze, Princess Ariadne, who was quite taken by Theseus, offered to assist him if he would take her away and marry her.  She gave him a red ball of thread that he was able to use to mark his path through the maze and safely return.

This ball of thread provided an alternate solution to the maze aside from actually knowing the paths.

Interestingly enough wikipedia has an entry on Ariadne’s Thread (logic):

“Ariadne's thread, named for the legend of Ariadne, is the solving of a problem with multiple apparent means of proceeding - such as a physical maze, a logic puzzle, or an ethical dilemma - through an exhaustive application of logic to all available routes.”

Following this thread of definitions/thoughts, I present the idea for the E14-C.L.E.W.E:  A wrist mounted explorer utility that provides GPS logging as well as other navigation functions and utilities.  A digital ball of thread that can be used to find your way! 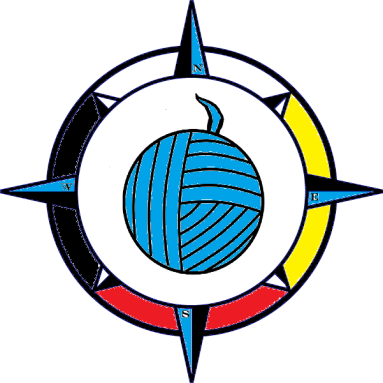