Reasons to switch from Spartan-6 to Spartan-7 FPGAs #1

This blog would let the newbies learn about Spartan FPGAs, the boards available in the market, and their differences. Now let's get this straight.  In reading the resource guide, the challenges and mitigation strategies that can be implemented when migrating from a Xilinx Spartan-6 FPGA to a Xilinx 7 series were given in detail.

Let's start with the history first.

The Spartan-6 family is made of:

The 7 series devices are made of:

While Slice_M and Slice_L are identical between the Spartan-6 and 7 series devices, Spartan-6 devices also have a Slice_X. Slice_X is the most basic logical structure of the three slice configurations. Functions that were implemented using a Slice_X can be easily accommodated within Slice_L, which are available within the 7 series. Of course, retargeting of Slice_X to Slice_L is automatic in synthesis. As Slice_X provides only the most basic logic functionality, migration to Slice_L in 7 series devices can result in performance improvement.

DSP:  In the Spartan-6, the developer is provided with a DSP48A1 which provides 18x18 signed multiplication while 7 series devices play DSP48E1 which implements a 25x18 signed multiply. Architecturally, the DSP48E1 provided in 7 series devices also enables the implementation of an Algorithmic Logic Unit (ALU) and enables support of Single Instruction Multiple Data (SIMD) mode which allows increased throughput.

Memory Interface - The Spartan-6 implementation uses an integrated memory block whereas 7 series devices use a Soft IP core to implement the memory controller where only the memory 6 PHY is hardened. This provides 7 series devices with a more flexible approach to I/O allocation and design which can be critical when working with complex PCB designs. 7 series Memory Interface Controller can support DDR3, DDR3L, DDR2, and LPDDR2 providing maximum flexibility in selecting the memory.

Transceivers and PCIe – Spartan-6 LXT devices provide the developer with multi-gigabit transceivers in the GTP at a maximum speed of 3.2 Gb/s. 7 series devices that support transceivers can support higher data rates or up to 6/25 Gb/s. 7 series GTPs provide a quad implementation per tile compared to the dual-tile GTP in Spartan-6 architecture. The GTP clock has also evolved in 7 series devices, enabling TX and RX to be independently clocked from any PLL. This is different than in the Spartan-6 GTP dual tile where the TX and RX must use the same clock. 7 series GTPs also provide new capabilities such as Continuous Time Linear Equalization (CTLE) with auto adaptation and post-equalization eye scan. When it comes to implementing PCIe, 7 series devices support both PCIe Gen 1 and Gen 2 in the Artix-7 range. This allows the user to benefit from greater performance as bandwidth is significantly increased if desired.

Well, that was a lot of technical specifications about the Spartan-6 devices and the 7 Series families. Quick summary of the Spartan-6 & Spartan-7 families.

List of Spartan-7 boards and modules available in the market:

Say hello to the Arty S7- Spartan-7 FPGA Dev Board. We will be using this on the upcoming blog. Suggest me project in the comment, that you want me to experiment with 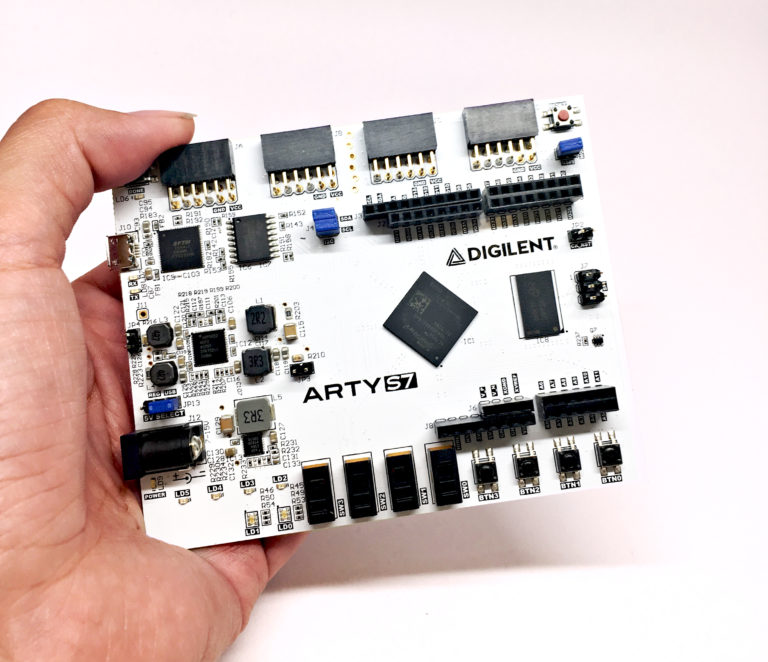 You can visit these sites to know more about the Spartan families and other boards from Xilinx.